I’ve been trying to throw bowls on the potters wheel but thought I would not publish the results until I had glazed them; then there’s the opportunity to comment on shape and glaze all in one go [and not bore you with sowing them twice],

The pictures are in the order of throwing; some pots in clay from the college’s pug mill and some in posh stuff straight from the bag.  Earlier stuff made it into the kiln for bisque firing before I got round to tidying the bases – hence the rough bottoms.

The glazing is interesting in so far as the type of clay affects how the glaze appears with the iron in the pugged clay adding more brown to the end result. So, the “blue” on the second bowl is the same glaze as on the fourth bowl and the greeny/grey on the third bowl is the same glaze as on the last bowl.   Also, the pugged clay apparently had some “terracotta” clay in it [ie a clay that prefers a cooler firing] which bubbled during the high firing for the glaze.  There is clearly a huge amount to learn and lots of testing to be done. 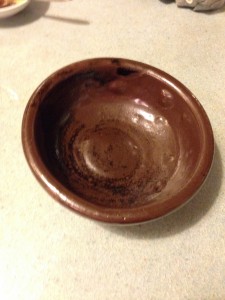 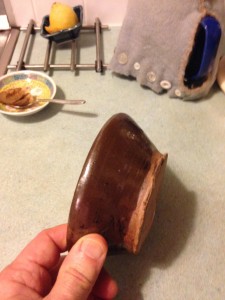 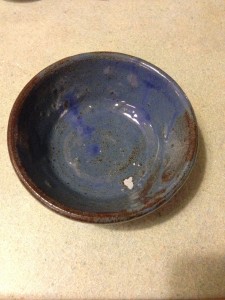 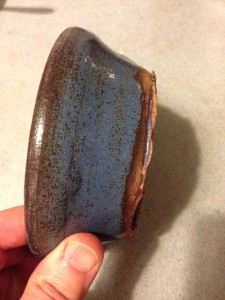 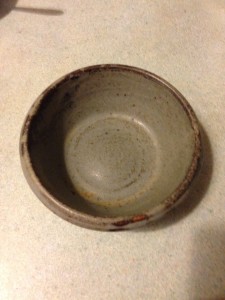 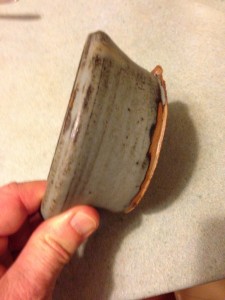 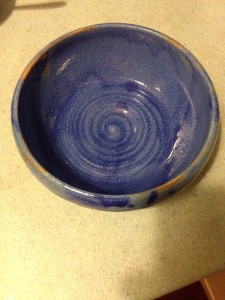 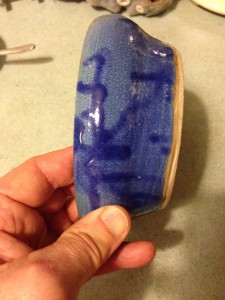 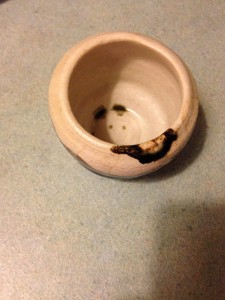 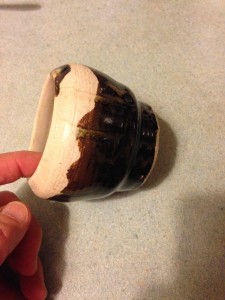 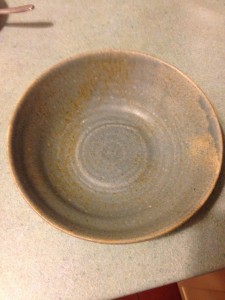 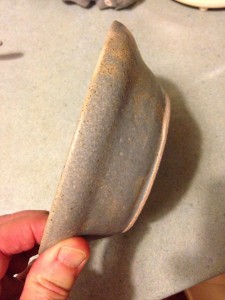 Not sure what come next…… Vincent