I had tried modelling with plasticine in the winter and found it too hard to manage; spent time warming it up and didn’t like the surface finish I was getting.  Moreover, I was not sure about using an armature [would plasticine stick and perhaps there were potential corrosion reactions between the materials] Since then, I’ve found out that paraffin oil, or similar, applied by brush can be used to smooth the surface, that armatures are a good idea and one can use temperature or more oil/wax to soften the stuff.

Summer is well and truly here so I sat in the garden in the shade with my plasticine which is soft with the heat. Simple bit of armature and modelled this head and neck, which is about 9cm high. 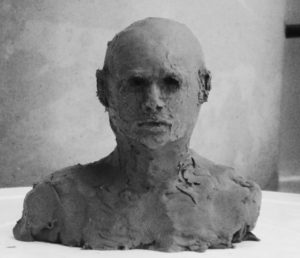 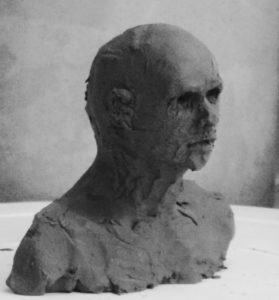 I’ve been reading an lot about Medaro Rosso and his work.  Most of his sculpture were made more than 100 years ago and he was given the label of being an impressionist sculptor because he was trying to capture that moment of recognition before all detail had come into focus.  He quickly became as interested in a person’s shadow as the person since all we perceive is the presence or absence of light [and all the tonal values between].  A large amount of his later time was spent in examining how light fell upon his works, what was the best position to view and photograph each work, where was the best best position for the lights?  One only has to stop for a moment and realise that most sculpture we see is not the 3D work itself but someone’s photograph[s] trying to do it justice.  The two pictures above were re-worked from these two pictures taken with telephoto to try and avoid distortion. 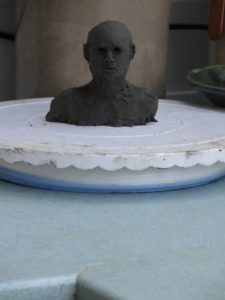 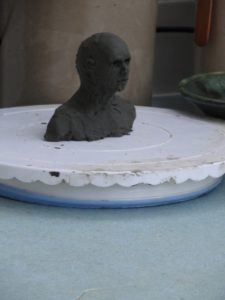 The three below were taken closer up but the camera had difficulty deciding where to focus and gave up – I like the blurriness as one has to work at deciding what one is looking at. 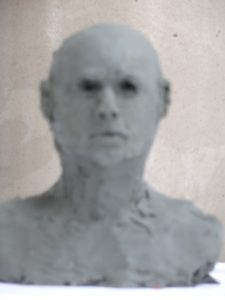 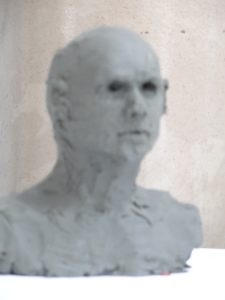 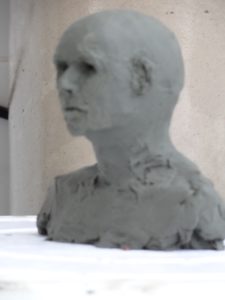 College is substantially  finished for the Summer break and I’ve got lots of bits to work on and write about in the coming weeks.