Possibility of casting someone’s hands in bronze, so I thought I’d better familiarise myself with the materials and method for making a positive.

I used two bags of Alginart [a colour changing alginate like the stuff used by dentists for taking moulds of teeth and gums] as one site suggested that was enough to cast a pair of hands.

Measure the water into a bucket, stir in the Alginart, keep stirring until the bright pink starts to fade then plunge in the hands and keep tight for a few mins while it continues to change colour to a sort of white.  Mould complete, gently wiggle hands and they come out with a bit of a slurp sound. 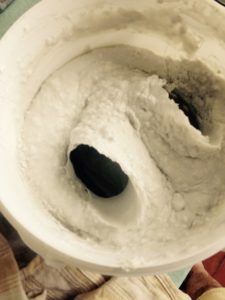 Mix up plaster [I will do it in wax later], pour it in mould and roll it around until it sets – bit of a problem as the plaster wants to pour back out again.  Plaster sets and doesn’t look too much different.

Cut the alginate [it is a bit like how I imagine very poor and watery ham], remove mould from bucket and break and cut away remaining alginate to reveal plaster. 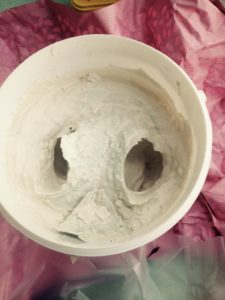 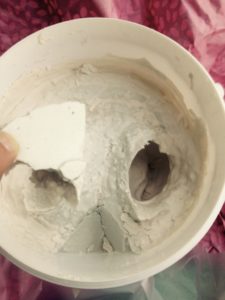 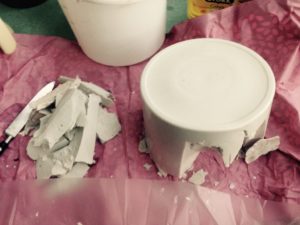 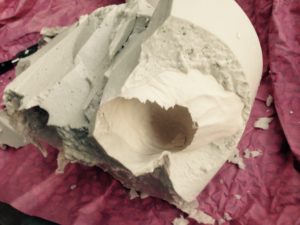 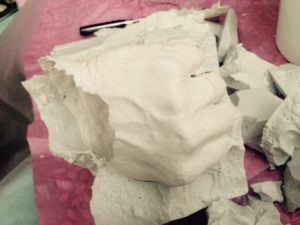 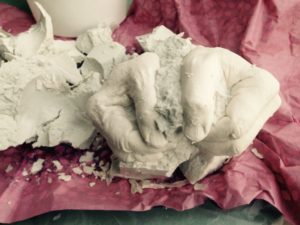 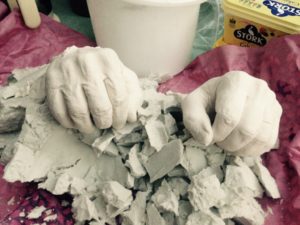 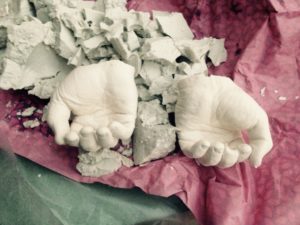 I want to cast to about watch strap level and have the fingers less flexed so that will need a taller bucket and probably 4 bags of Aliginart.  Doing the wax will be pour it into mould and out again building up layers like on a candle wick [except this time it is on the mould’s inner surface.