Not so long back I put up a post of my modelling with plasticine – the old school stuff.  Smelly, very stiff to work initially then rapidly goes soft and smears on one’s fingers, so not surprisingly there are other oil based [and polymer based] clays.  I wanted to have a clay that I could try sketching in – Medardo Rosso used to travel on the bus with a box of clay in his lap and sketch passengers – would that I could model like him but won’t know unless I try.

Out of all the possible oil and polymer clays and considering price I went for Plaxtin [guided also by the knowledge that the late Sally Arnup used to use it.  I bought two kilos of medium hardness and pottered for about two to two & a half hours with one kilo of it – very small bird, barely the size of the end of my thumb got squashed] and this chap who is about 12cm tall. 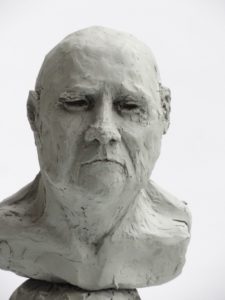 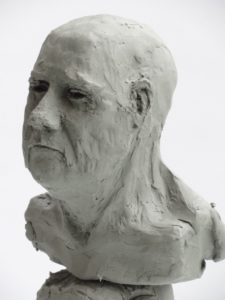 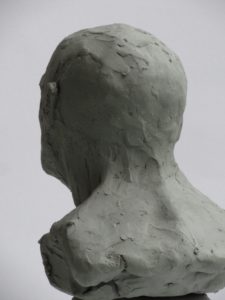 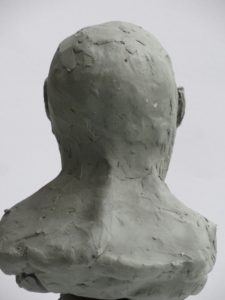 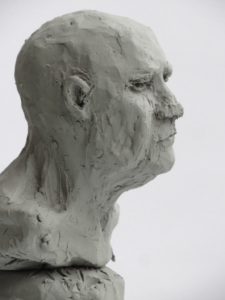 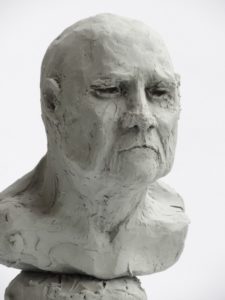 Works well with both wood and metal tools, nice with hands [but it was too small for for detailing with fingers], goes a bit softer with working [but not as much as the plastercine did], good colour for showing off shadows and surfaces.  A really big plus point over the plastercine is my hands washed clean of the oily residue with no fuss.

I think that I shall make a silicon mould and, if successful, several plaster copies to hand out or perhaps sell.