For just under two weeks I have been trying to fashion a portrait bust of Alice using some measurements taken just before Xmas, some extra photos [supposedly straight on and sides left & right].  By Sunday the 15th I had got to here [teatowel cover as never liked hair on sculpted portraits]. 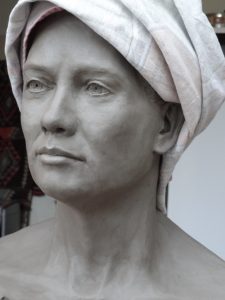 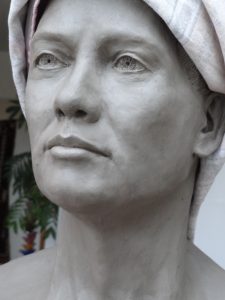 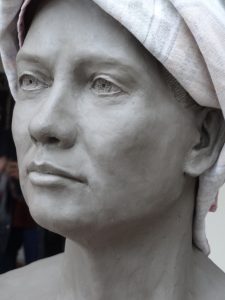 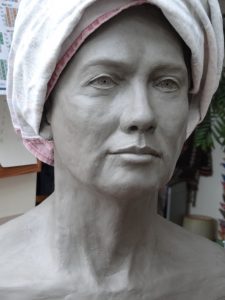 Whilst there is lots to recommend the piece it still didn’t look like Alice to my eyes – or to Jill”s either!  JC Rich says in his book on sculpture [1940s] that trying to model someone you know well is very difficult as you keep melding together all your experience of that person.  Both Eduoard Lanteri & Albert Toft  [19th into 20 century] suggest starting to learn to model with an older man’s face so I’m not picking an easy route.  So there was more fine-tuning [fiddling] and still not satisfied.

However, I went looking on YouTube for modern portraitists where you can see the their work and the person it is modelled on.  Well, Amelia Rowcroft does a pretty good job from photos as does Mike Hill [who is mainly hyperrealist but from photos] but there are many who offer portraiture but, to my eyes, don’t deliver [eg, Lena Toritch  and also doyen Tip Toland].

On Monday, I took what I’d done to college and gained useful feedback from Ed Poxon our tutor. So did some more fiddling on Tuesday and this was the result [should have kept the tea towel for better comparison] …. 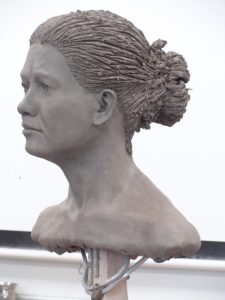 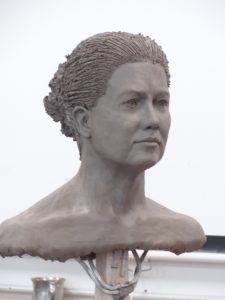 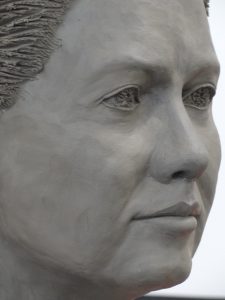 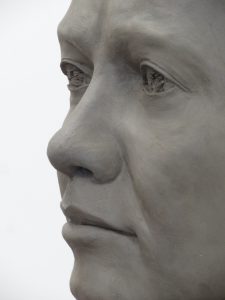 On Wednesday I made the mould and today, took it off the clay, cleaned it and treated it with release agent – think that the chignon formed well in the mould.  Then I re-assembled the three mould parts, secured them and poured my cast in higher quality plaster [Crystacal R] than I have used up ’til now.  Ed suggested I try using my hand inside the mould to help the plaster be appropriately distributed [and showed an example of technique].

Mixed too much of new style plaster, which sets very hard, and got tied up with large forearm and narrow internal neck of mould.  Pressed on with more plaster for strengthening scrim and came away with an uncomfortable left forearm with loads of hairs stuck together!  Now forearm much more comfortable if a little naked.  Next time apply Vaseline to forearm first or, perhaps, go for pour in and rotate the mould to distribute the plaster [or get an assistant with small hands and forearms!] 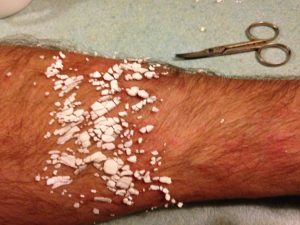 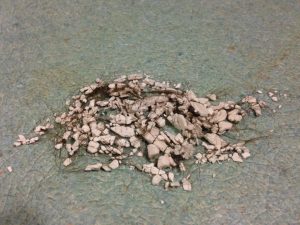 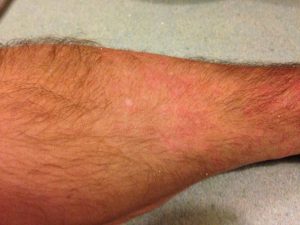 I’m really not sure how well the pour went – will find out on Friday if I manage to get into college..