I went on another Society of Portrait Sculptors class on the late May bank holiday weekend.  It was down in Sussex near Plumpton, so we stayed near Lewes and checked out some old haunts  before and after the course.

Silvia, the tutor, was very keen for us to make sketches of what we saw, what parts needed more consideration, how parts related to each other, etc., as she see that approach as vital to the process of modelling a portrait.  She also suggested making a maquette too.

The model, Liz, was very accommodating about showing us her tresses were wrapped up together to give the structure you see below [with my efforts for day 1]. 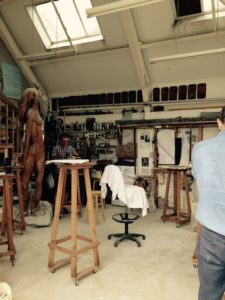 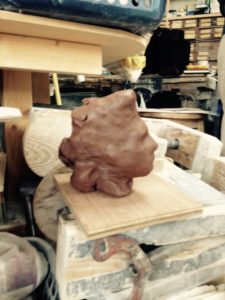 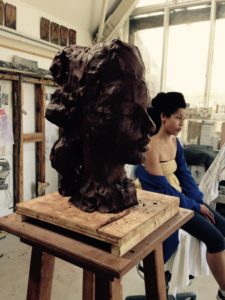 After day 2, there was a bit more structure but no eyes as I was concentrating on the relationship of the bony parts, the nose and the mouth.  Clearly I had someway to go in mastering the brownie into the forehead. 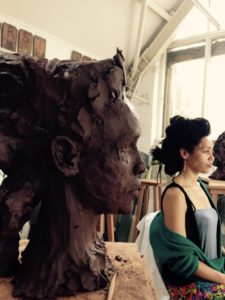 Day 3 came and Silvia was keen that some effort should be made to place the eyes; she said that it was not uncommon to place them and replace them many time to get the position right: they each have to the right width and shape, set the right distance to either side of the nose and the right depth back in the face.  It’s easy to spot the difference at the end of the three days! 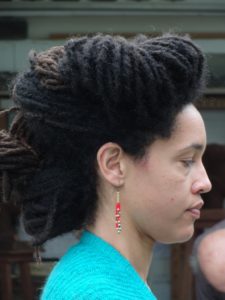 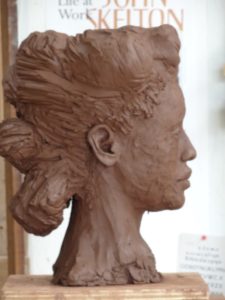 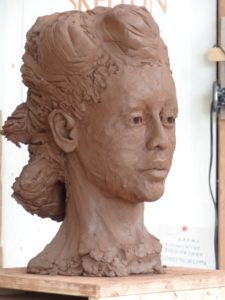 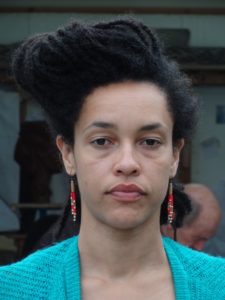 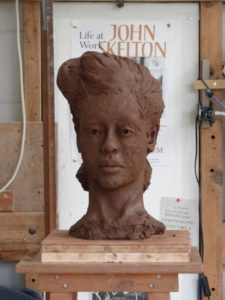 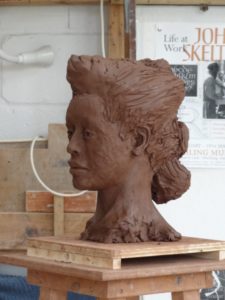 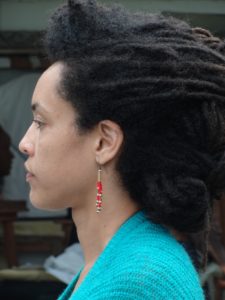 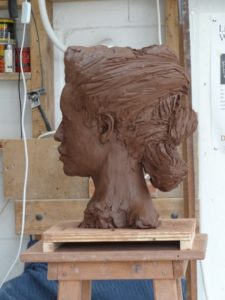 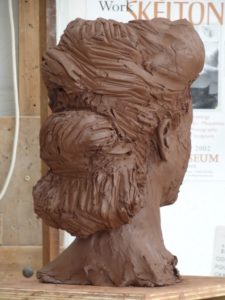 I brought the many kilos of clay home with the expectation of working on it further, hollowing out and getting it fired next academic year at college.  I kept it wrapped in the hall while we were away in Budapest for a week and then put it in the conservatory to encourage me to get on with remodelling.  However, as you’ve seen on the earlier post about casting hands, I was getting on with other things [+ stuff at college].  I realised that the eyes needed to be deeper set and higher in the face so I took off the ones from the course.

It is remarkable how how and humid our conservatory can get – the clay had dried out considerably and beyond my abilities to revive it for further remodelling.  It was too solid to consider for firing so I broke it up and have put most of it to slake down for re-use. What remains is the mask and I shall ask if it might cope with firing. 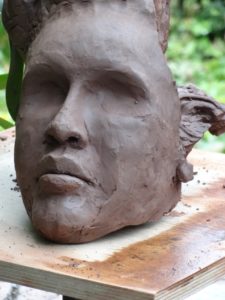 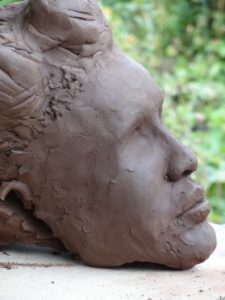 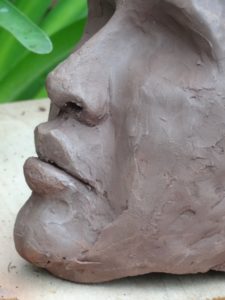 The losing momentum is in not getting this piece to a state for firing; I’m still on for more sculpting and modelling and more art.