I’ve put these projects up on this blog in earlier incarnations but now that they are substantially finished, I thought that it was time for an update.

“Inspired by…  ” project has been fired to be stoneware.  I coloured the anvil, and log, and made test pieces for colouring the figure; various oxides with tin [top] or without tin [bottom & blue bits to left of photo]. 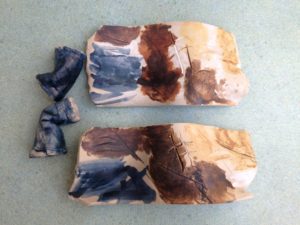 Whilst the palette looked good, I was reluctant to colour the figure because I wasn’t confident that I could create the right values of tone where I wanted them.  Moreover, I wasn’t sure that I could apply the oxides without dripping on other bits.

Once assembled, the consensus was that the ceramic log let the work down a bit so I was helped by Pete at college to get a good slice of oak to serve as the log [I’ve also finished the hammer between pictures]. 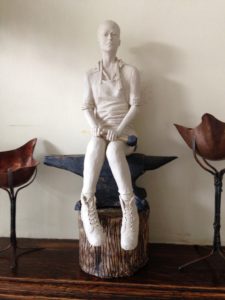 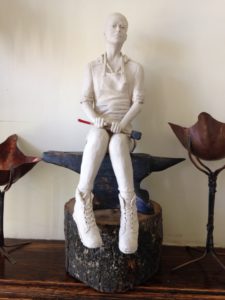 Sometime, the piece will go to the gallery on the North Yorkshire Moors, until then it will sit on the mantlepiece.

“York Garrison Memorial” project was suspended while we went to Indonesia and I didn’t start again on return because of half term, going to Amsterdam for two weeks, end of term, an internal debate about the project, and then there was a suggestion of funding the casting of the figures.  Enthusiasm thus renewed, I set about revising the roman figure, which is now substantially complete. 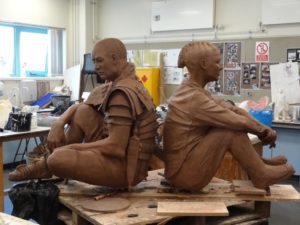 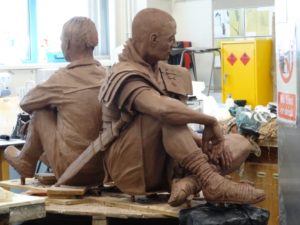 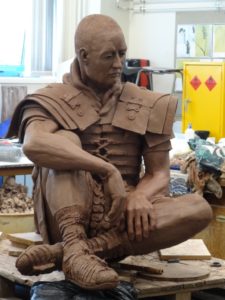 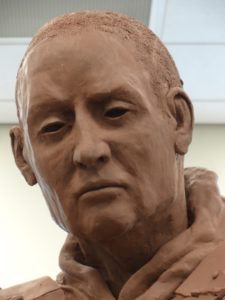 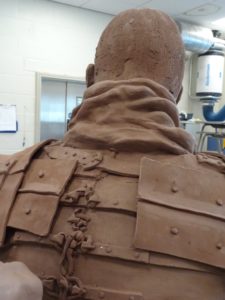 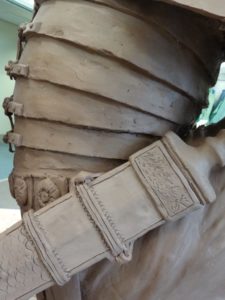 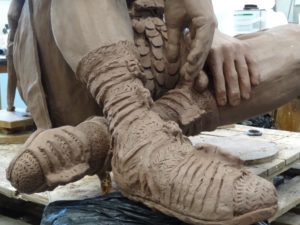 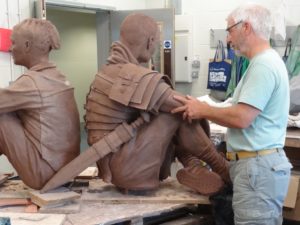 In September, I had made a half volume head of SSgt Susie, who had modelled for me so I could get an idea of  how the uniform folded up on her body and have a face to work with. 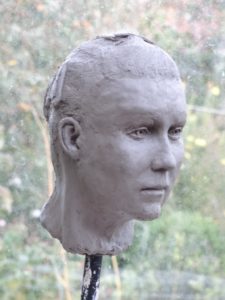 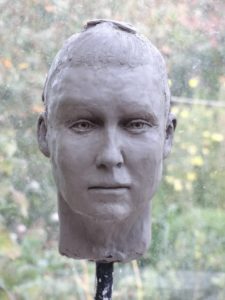 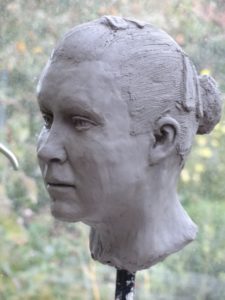 I’ve never been particularly happy with the way I portrayed her hair and the lack of neck shoulders; something to give some sort of context. I had seen a woman in town with her hair up in an interesting way and found out the style is called a French Braid.  A kind member of the Hair & Beauty staff at College showed me how the hair is arranged.  By the middle of June the bust looks like this – but I feel I need to soften off the hairstyle, especially at the rear, before preparing it for firing. 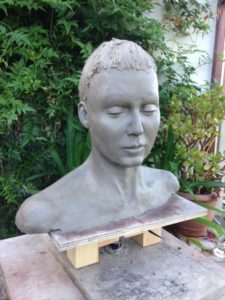 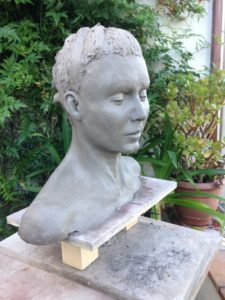 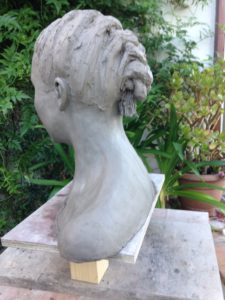 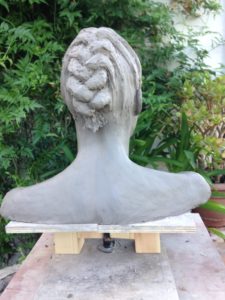 There has been another project bubbling away but that will have to wait for another day.