Earlier this year there was a short series on BBC4 about ancient treasures found in the UK. They showed the Broighter Gold Hoard, and I was very taken with how it was all gold and made without soldering parts together.  There is a cup with rings on its edge so it looks like a small cauldron. a heavily decorated torc and a small boat with oars, mast, yardarm, and some marine tools.  I couldn’t help but be inspired by the boat and thought how in many ways it seemed to be a contemporary object.  Now, as when it was made in the 1st century BC, a model boat can be used to symbolise life’s journey, references mythic epic journeys, and passage from life to death.

Having made some sketches in early summer and thought about what I wanted to do next, I set out to make my own boat in copper in the way the Broighter boat was made. 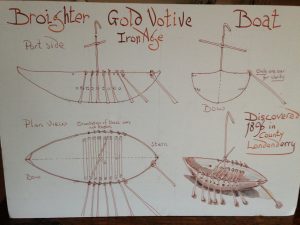 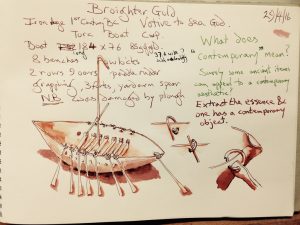 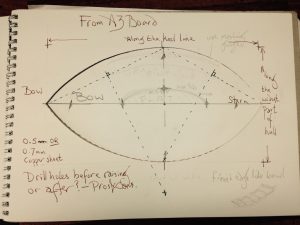 I decided on a more pointed bow and less deep hull and then cut a blank out of sheet copper using the guillotine. 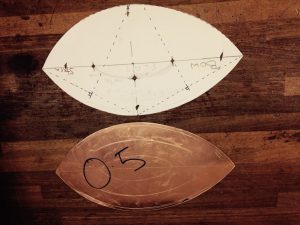 I do not know what was the starting point for the ancient gold craftsman – was it a crude ingot from smelting?  Would cutting be by chisel or were saws or shears used?  With every question I raise, I think that maybe I should go to the Museum of Ireland where the hoard resides [or at least write to them].  Anyway, as with the bowls in earlier posts, it was a repeat of annealing [making the metal soft], beating it towards the shape wanted until it had become work-hardened, and then anneal again. 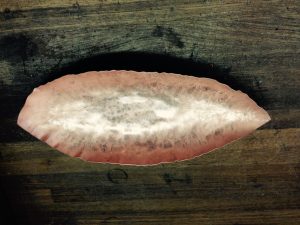 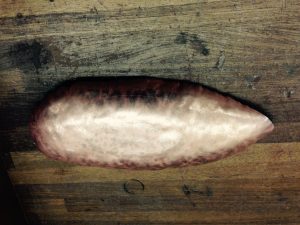 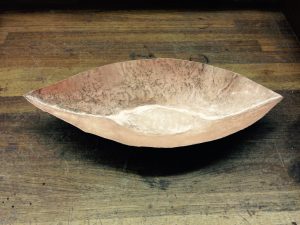 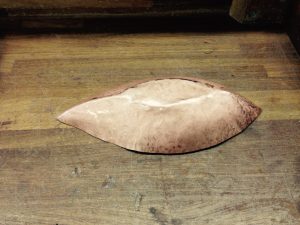 Once happy with the form I had to hold it to drill holes for the oars and the rivets for the seats. 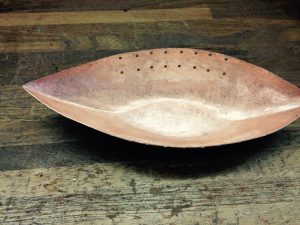 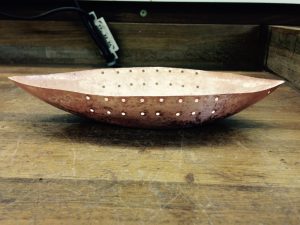 It looked to me that it would be tricky to get the seats the right size so I made templates in thin card as each seat was a different length and the folds in at the end at different angles. 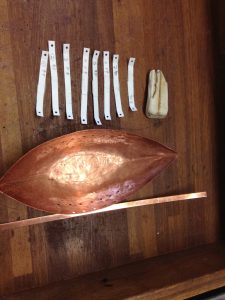 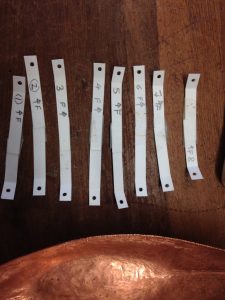 You may have noticed the other whitish object in the left-hand picture – it is tooth of a horse or cow we found in the outer hebrides this year.  I decided to drill a hole in ti to help stabilise the mast and give the boat some ballast.  Below are a few shots of the finished boat. 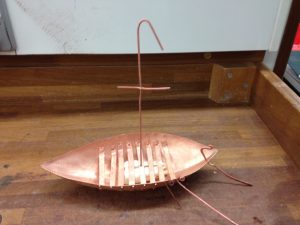 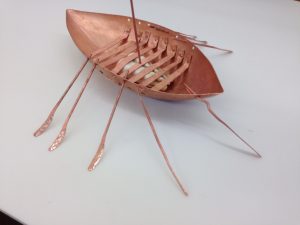 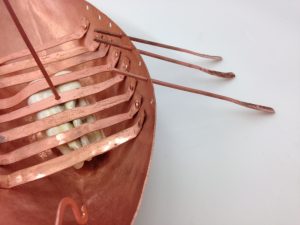