This is just quick post about some “dabbling” on the side.  At college there is a live project taking up my time and also a large personal project at college, which I want to get further along before I post.  The latter looks pretty bad at present and I don’t want anyone thinking “oh dear” when looking at the rough carcass.

The dabbling – two vinyl moulds; one of a golfball [they do have a line round them where mould pieces meet] and one of a whelk shell.  On reflection the golfball mould should have had better constructed lugs to hold the edge of the vinyl in the plaster jacket and extra  lugs to hold the rest in the plaster jacket.  I think that if the vinyl had been thinner then registration of the mould pieces would have given me balls rather than off centred pseudo-hemispheres [middle ball has distinct “dent” one side of seam]. 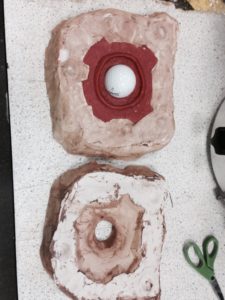 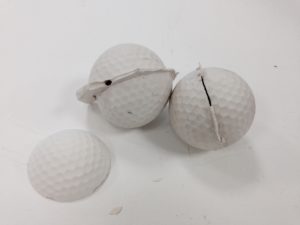 With regard to the shell, I decided that I needed a three piece mould if I wanted to get a good interior of the shell and still be able to extract the cast plaster from the mould.  I cast the piece of mould which fits inside the shell opening first and then built the other parts around – the bit into the opening stayed in place until all the mould was completed and it is the last piece taken away from the cast [perhaps like taking a snail from it’s shell]. 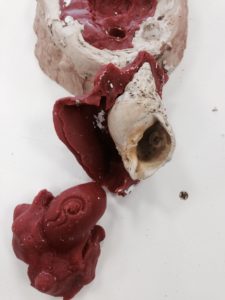 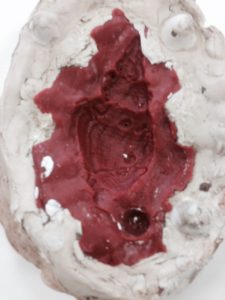 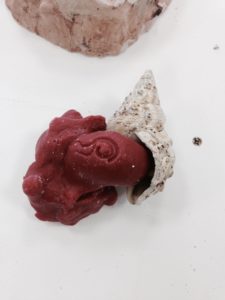 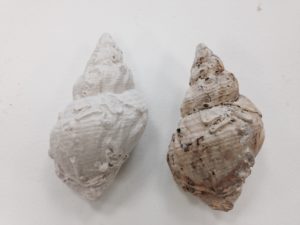 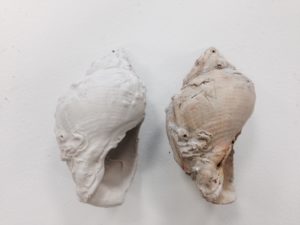 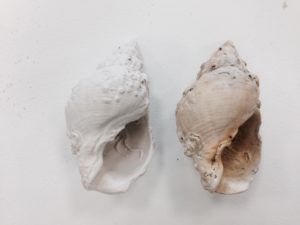 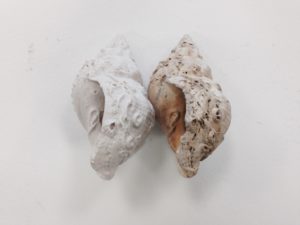 The whole process shell to plaster cast was in one day while a I worked a bit on the personal project [more on that later].  Pretty happy with the result [later casts less detailed].  Vinyl rubber needs to be heated to pour into mould and does shrink quite a bit on cooling [and to counter the shrinkage is why I think I should have used less in the golfball mould].  Anyway, its all a learning process.