I tried to follow  Albert Toft’s 1926 book on modelling and sculpting to make the waste mould. Having made the clay “cottle”  [last post] you flick wet clay at one face [with a little blue in the water, which will be explained later] so you end up with still being able to ascertain the features.  Next is a far thicker layer with some rods embedded in it.  All the flicking does make a mess! 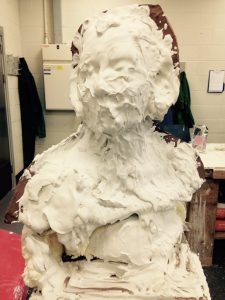 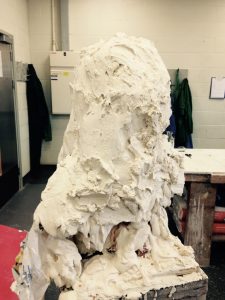 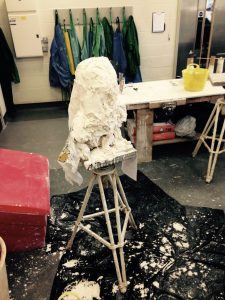 I didn’t think that Id made the first coat blue enough so I adde some yellow to the next coat to get more contrast.

I then looked at the bar of the piece and realised that because the head is turned it would be difficult to pull the of the mould straight back and I needed another wall. 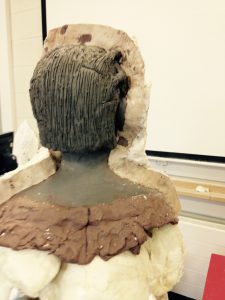 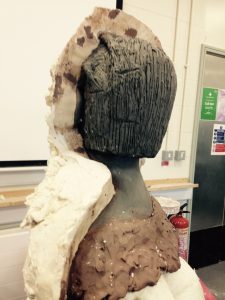 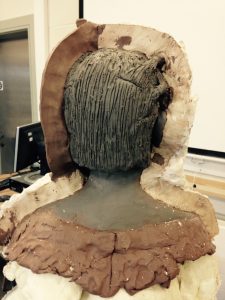 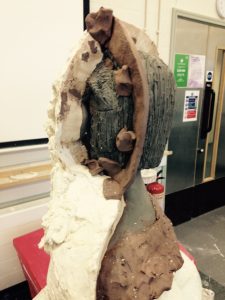 Following the instructions as best as I remembered them, I applied a coat to the back [darker blue], covered that with a thicker layer, and then did the same with the remaining smaller section behind the left ear. 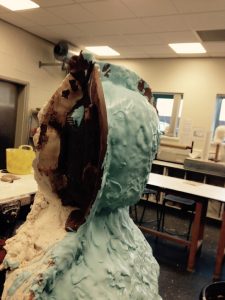 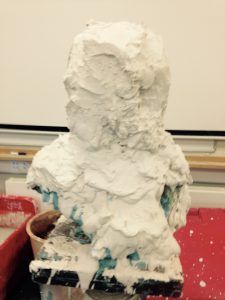 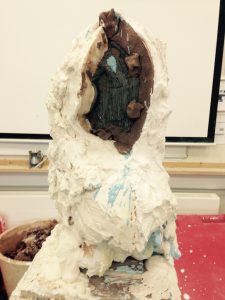 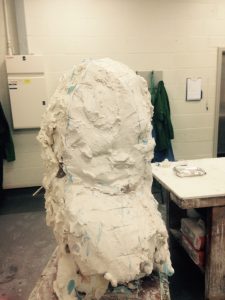 I left it over the weekend and then carried on today.

Make the mould wet with spray and sponge so that the penetrating water swells the clay inside and pushes the mould pieces apart; as soon as there is a gap slide a spatula in and help widen it so the back comes off first.  Here’s a portion of joint with registration marks opening up; teh middle one is with little if any prising on my part. 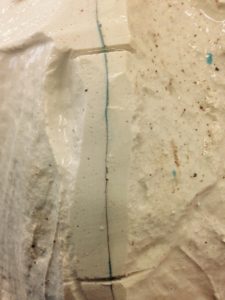 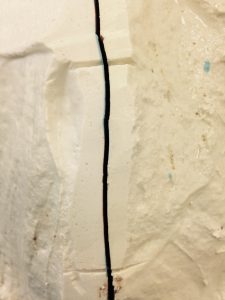 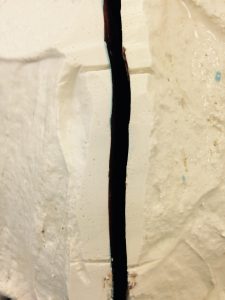 The back came off pictures quickly as I didn’t know if the front might fall off while my attention was elsewhere!  Here’s some detail of the hair on the right and an indication of the “damage” to the clay. 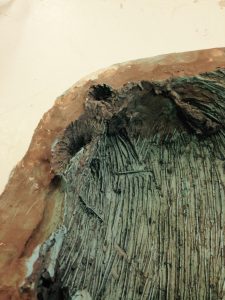 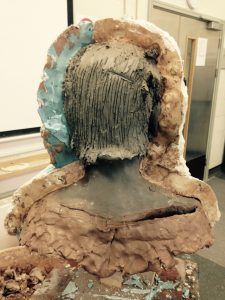 It was then that I found that I hadn’t done everything I should have done and the small piece would not come away from the front; I’d forgotten to treat the surface to stop it sticking.  So, I followed the book more carefully and dug out as much clay as could and the mould started to slide.  Off it came and here is what happened to the clay too. 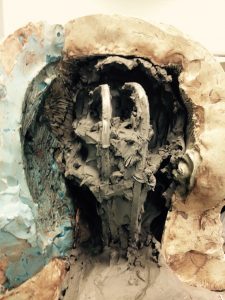 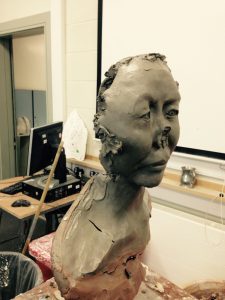 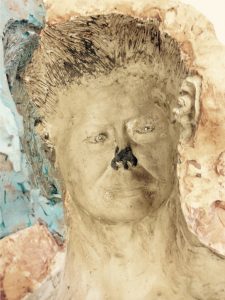 I didn’t take pictures of the washing and then brushing with soft soap as a release agent before I put the pieces back together.  The two parts of the mould are held together with straps that would allow a little give to allow the plaster it’s slight expansion.  The light in the middle picture is weird as the eyes show up but look separated by a deep shadow. 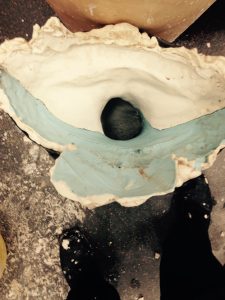 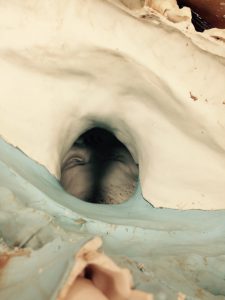 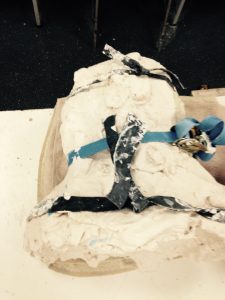 I have now got a positive cast inside my waste mould.  The next task is to cut the waste mould away from the cast without damaging it! 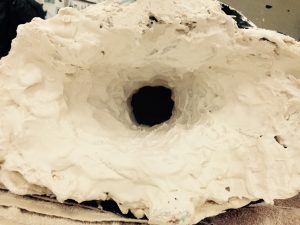