You will recall, if you have been following this blog, that I cast in concrete a hexagonal cylinder of the void space around small balls in hexagonal close pack [well as close to that idea as I  could manage 1st time round].  I said that I’d leave getting rid of the material of the balls until after we had had a half term break.  Well, not so, I pursued the piece to completion today.  First, I drilled through so that all the balls had their internal spaces connected with the outside World – I didn’t want any of them exploding. 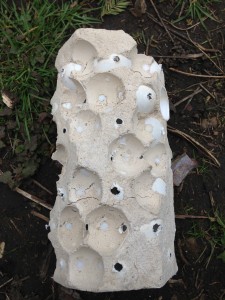 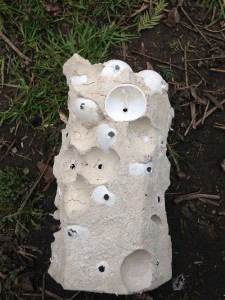 Why is it laying on the ground?  Well, that’s because it was waiting for the fire [thoughts at college was that it would produce too much black smoke]….. 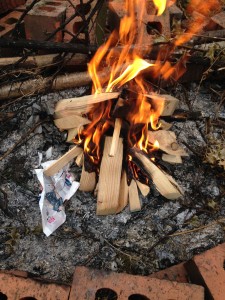 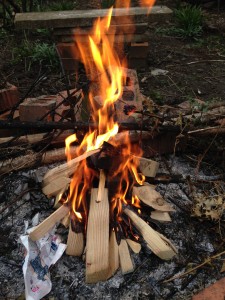 ….. and then it was on the fire [and not much smoke to speak of either]. 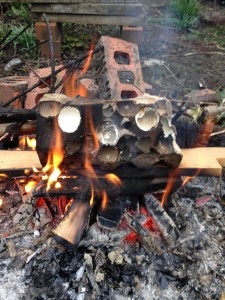 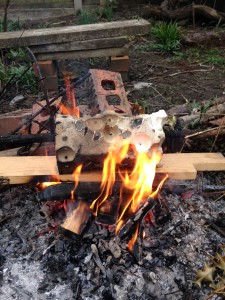 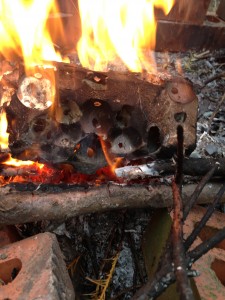 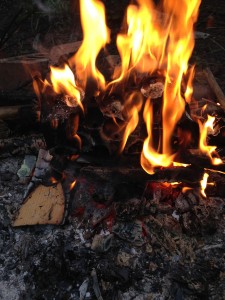 Plenty of burning BUT not every bit of plastic went.  I was concerned that if I left the concrete in/on the fire for too long it would degrade so much that I would only have a crumbly ash at the end.

Here is the finished result; these static pictures show the void in concrete, coloured by the smoke, the plastic oozing over the concrete as it melted [but before it burnt], giving the white streaks, and  some charring. 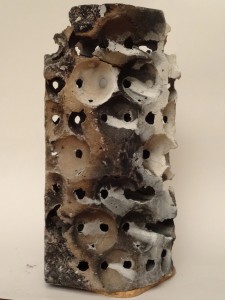 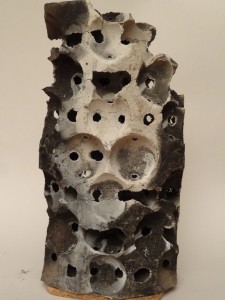 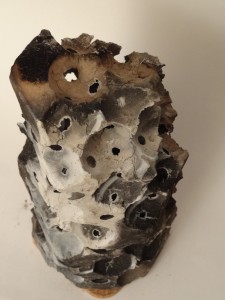 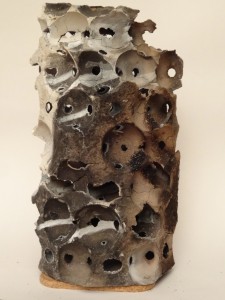 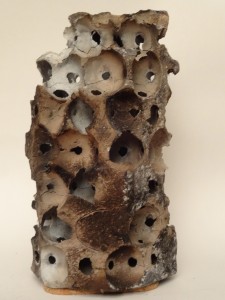 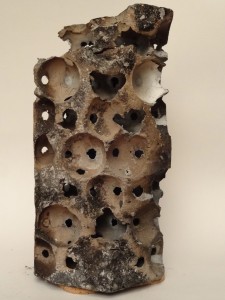 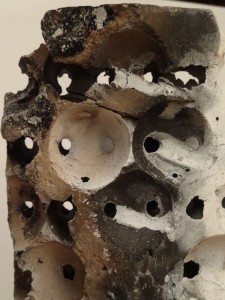 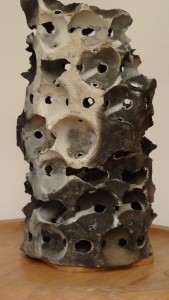 The video shows how all the spaces are interlinked and we can see straight through.

Thank you for looking.  Vincent