There is a cycle path that runs from south York for a long way towards Selby.  It sits on the old path of the East Coast Mainline railway, which was moved in the 70s to avoid the possibility of subsidence from working the Selby coalfield.

There is some money around for sculptures at the ends of the path or along its course and the live project was to consider what one might put up.  Here are the maquettes for my main ideas. 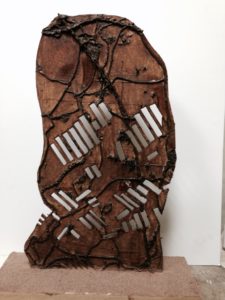 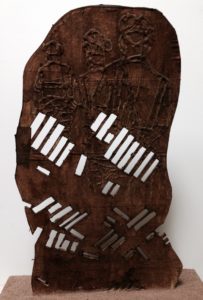 This idea was a slab of rusting steel having a map of the area on one side and coal miners in relief on the other; the cut throughs being where there are underground workings [data from the coal authority]. 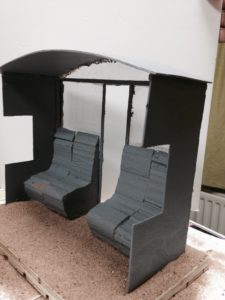 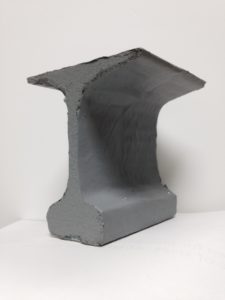 These two are ideas for seating along the route; stylised railway carriage which has concrete seats [enough to rest on but not encouraging a very long stay] and the profile of rail track turned up side down and enlarged so that the thick “top” becomes slightly sloping seating.  They’d probably be enough vertical flat wall to mount information boards.

Whether anything comes of the project remains to be seen….