Ed, my tutor, will be demonstrating raku firing at CoCA in York, in early October.  Rather than be limited to bowls, I have agreed to make some figurines for people to glaze and then we raku fire them!

Lots of ideas and the first to pursue was the chameleon.  I wanted to make a two part mould so quite a few could be produced by pressing clay into the mould.  The design needs to have fairy shallow curves and no undercuts [ie bits where clay would get stuck when trying to get it out of the mould].  Got some pictures of Common Chameleons from the internet and I set about making an original; here it is in the mould making process:- 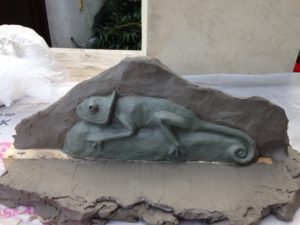 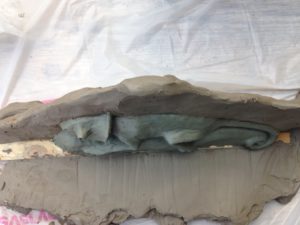 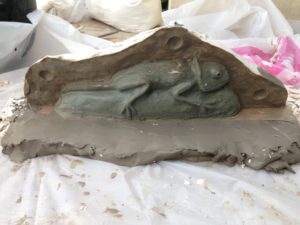 … Here it is out of the mould making process [you can see it survived almost unscathed], 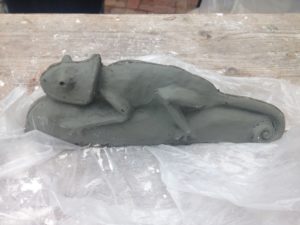 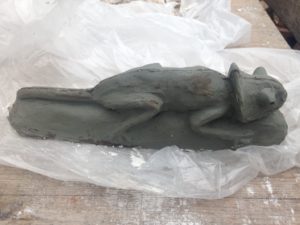 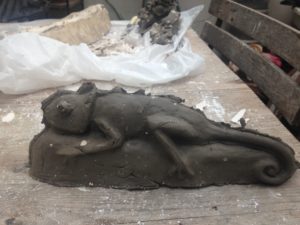 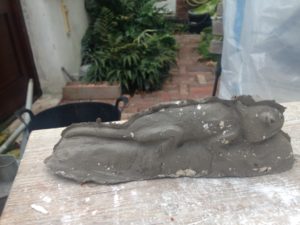 You can see that there is a flashing of clay where the two mould pieces meet and the clay is caught between them.  This excess clay can be cut away the a knife.

Meanwhile, we came across an interview between Mary Beard and Clive Anderson on the BBC.  Clive James’ head interested me and over three days last week [probably 8hours of work] I made this, 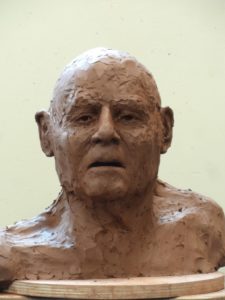 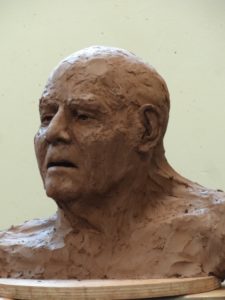 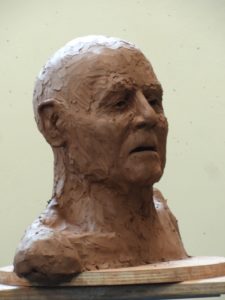 But then it was back to the figurines and I made an octopus in the evenings. 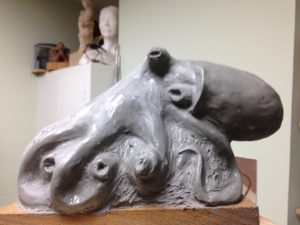 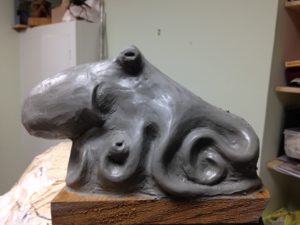 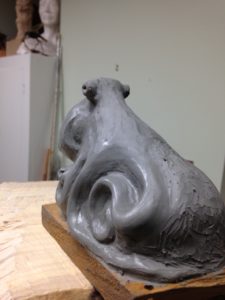 Next i make the mould and then lots of copies.  I’ll provide an update after the event at CoCA.